2016 – The Year The Penguin Jumped Over The Chasm 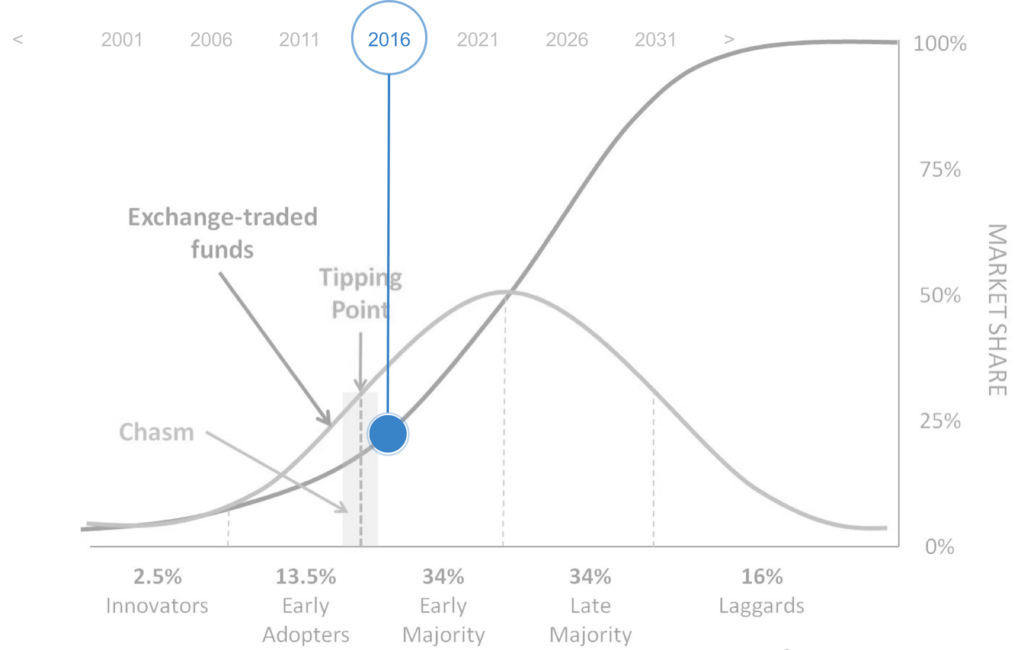 As open source software continues to mature and gets adopted by more and more major corporations, it is becoming clear that both the SMB and Enterprise software game has changed and the innovation adoption curve chasm has been crossed.

Last month Microsoft announced that it is joining the Linux Foundation as a high-paying Platinum member and Microsoft was not alone in 2016 many other major corporations such as Wallmart, Samsung, Uber, Spotify, Apollo, Teradata, adopted open source technologies and open standards in a serious way in addition to those who have been dedicated to open source for some time now such as Google, Facebook, Amazon and Red Hat.

Great to seeing folks understand that open source software is a positive-sum game, where the more contributors there are to the common good, the better there is for everyone. This idea is the opposite of a zero-sum game, where if someone benefits or wins, then another person must suffer, or lose and that value is derived from innovation and adding values, not just in creating a software application which continues to get sold over and over without continued innovation, integration and some type of additional service or support element.

PREDICTION: 2017 will start the mark of the Early Majority* and a new type of Information Technology Service Provider will emerge, know as the new Hybrid Service Provider who will leverage more and more open source technologies to drive down their costs and increase the value of their services and support… think based upon pitches that are simple, secure & affordable which leveraging open source software and open standards.