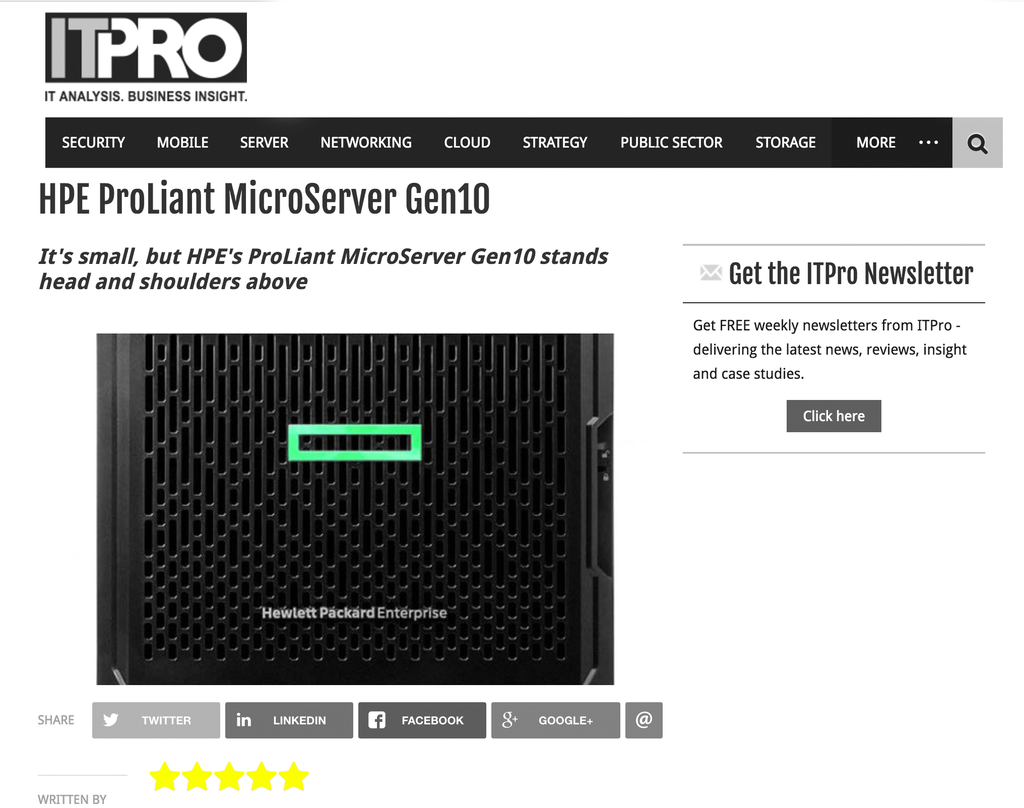 An IT Pro article features a five-star review of the Hewlett Packard Enterprise (HPE) MicroServer Gen10 that ships preloaded with ClearOS by ClearCenter.

Noted in the piece is the ClearOS user interface which, “offers a slick browser-based management console which we found easy to use — you can load apps for gateway, DNS, Active Directory plus firewall services and add others to provide antivirus, web content filtering and much more.”

About the new Gen10 MicroServer hardware, the article says it “delivers a big boost in performance while retaining its predecessor’s space-saving dimensions.”

Read the entire review at:
http://www.itpro.co.uk/server/29154/hpe-proliant-microserver-gen10