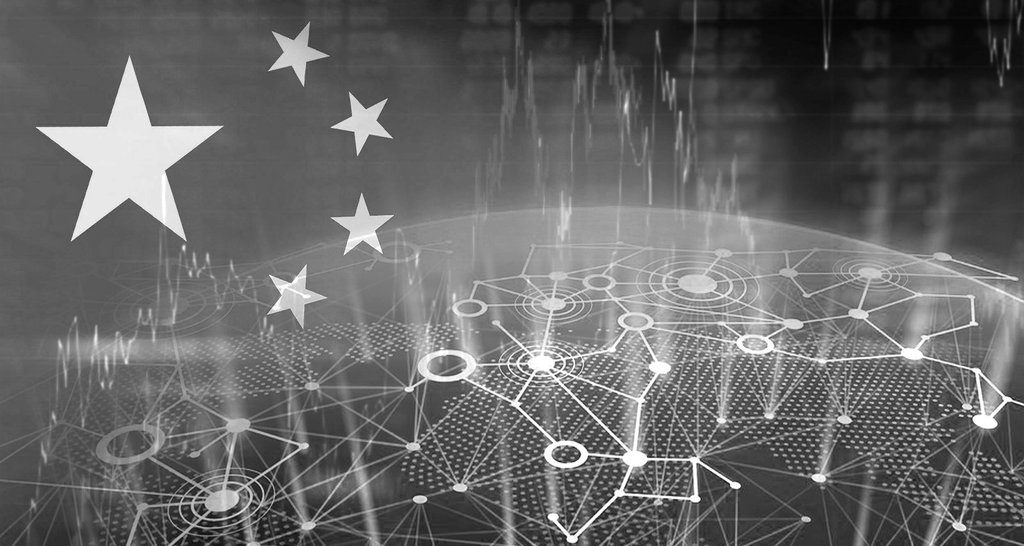 China is now leading the world in blockchain development while attempting to re-centralize decentralization and force the rest of the world to play ball by its rules.

Most experts agree that decentralized technologies including Blockchain-based systems are becoming the framework that will underpin Web 3.0, but it’s becoming quite clear that China’s vision for Web 3.0 is much different than the rest of the world.

Although China is actively banning the use of outside cryptocurrencies by its citizens, the nation is rapidly expanding its development of other internal Blockchain-based technologies.

In 2017, China filed more blockchain-related patents than any other nation.

China also recently dictated that Blockchain would be a primary pillar of its 13th national 5-year plan – including a mandate for China’s Guangdong free-trade zone to fast-track Blockchain development.

Historically, when a technology or system is promoted from the top down to China’s free-trade zones, it is a good sign that China has grand plans for that system – usually for both commercialization and large-scale civic adoption across the country.

China’s Blockchain strategy is coming straight from the top.

While recently addressing the Chinese Academy of Sciences, Chinese President Xi Jinping said, “Ever since the start of the 21st century, a new generation of industrial revolution is substantially reshaping the global economic structure … with artificial intelligence, internet of things and blockchain constantly making application breakthroughs.”

Xu Hao, a senior official with the Guizhou government, said this of China’s unique take on Blockchain. “When talking about blockchain, many people are talking about decentralization. I’d like to make a small change to the word. I think the essence of blockchain is de-intermediarization. There is no way to get rid of the center.”

In other words, it looks like China wants to partially re-centralize traditional decentralized environments in order for China to maintain total control.

The entire promise of Blockchain and decentralized environments is the exact opposite of what China is building. The very notion that no single person, organization, business or government should control a Blockchain is exactly what attracted so many of us to the cause in the first place.

China sadly looks to be embracing the inverse of this philosophy in order maintain control.

Here is just one example to illustrate the above point – early this year the Chinese passed regulations that mandate Blockchain companies collect all users’ private data then make that data available to the local government.

You may be thinking, “OK, that’s not great for Chinese citizens, but it won’t ever impact me, right?”

While most of the world sees the future of a Blockchain-based Web 3.0 as an infrastructure that can’t be dominated by any one nation, China just might be in a position soon to dictate Web 3.0 standards that force all of us to use certain systems controlled solely by Chinese-run entities.

For example, China plans to aggressively implement its own Blockchain-based infrastructure to help manage, control, and drive commerce along its massive new One Belt One Road Initiative (OBOR).

The promise of OBOR has incredible economic appeal to many nations around the globe.

Since China will maintain near complete control over OBOR, it could force any country, organization, or business involved in any way to exclusively use China’s vision of Web 3.0 and Blockchain-based systems.

Not only could this expose much of the world’s data to the Chinese, it could also give China control over what should be the new, private, secure, free, and decentralized future we all deserve.