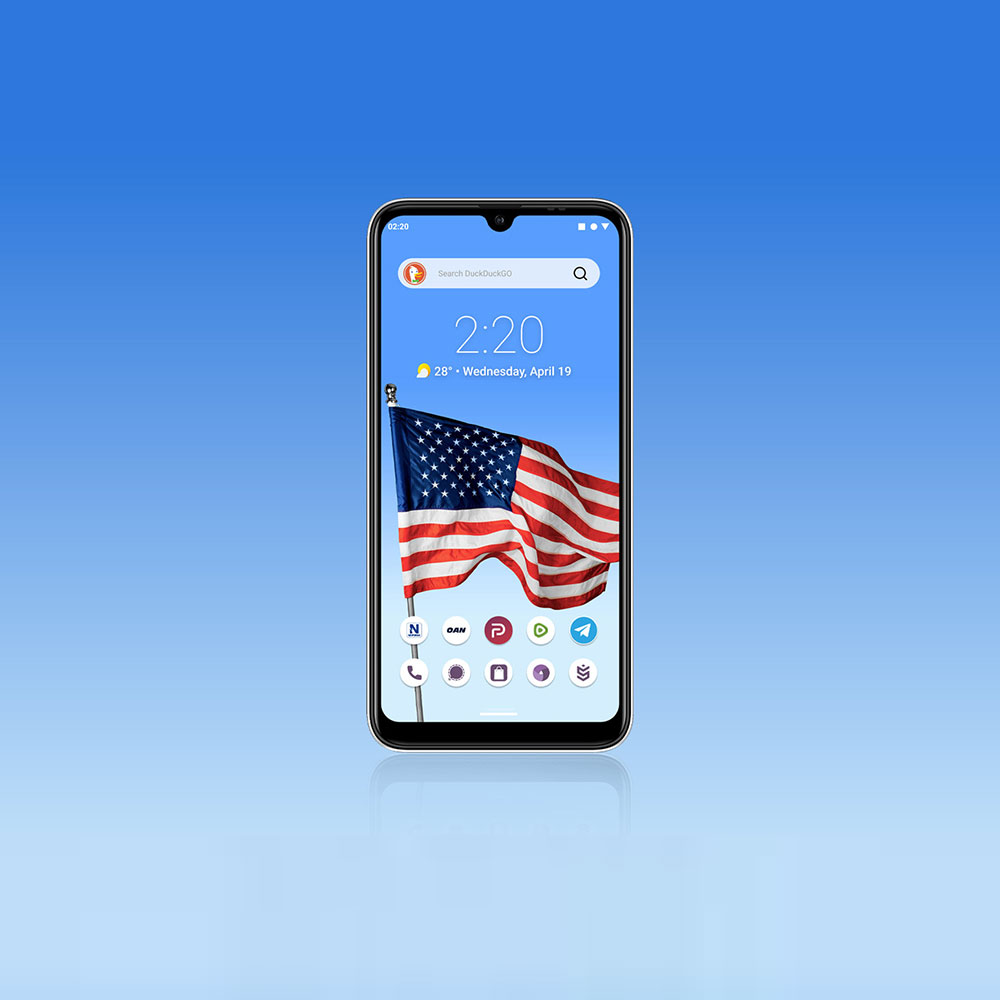 CANDACE Owens has thrown her support behind the “Freedom Phone”, a new smartphone designed to fight back against Big Tech by promoting free speech.

The conservative firebrand endorsed the phone in a tweet on Wednesday night, writing: “[I’m] So excited that I partnered with a SOLUTION against Apple and Google.”

Owens also tweeted a clip from an Instagram live she’d done, talking her followers through the phone and how she came to endorse it.

She said she was furious that conservative social media app Parler was banned from the app store in the wake of the January 6 riots, in addition to former President Trump being banished from most social platforms.

She said she was furious that conservative social media app Parler was banned from the app store in the wake of the January 6 riots, in addition to former President Trump being banished from most social platforms.

The political commentator added that while many among the right bemoan big tech, insisting something needs to be done, “nobody actually does anything.”

Billing her and her husband, Parler’s new CEO George Farmer, as “Do people; not complain people”, she said they both reached out to various people, insisting a smartphone needs to be made that’s not controlled by either Google or Apple.

“A bunch of people contacted us saying they’re making a phone,” Owens said, adding they were sent a number of different concept handsets.

“Some were terrible. Some were worse than terrible,” she said before Owens was finally sent the Freedom Phone.

‘If it doesn’t help the nation, I won’t pitch it’

“I’m so excited,” she added. “You need to get this phone.

Owens continued: “If it doesn’t help save the nation, I don’t pitch it.”

In her post, she included a personal discount code for prospective buyers to use in order to get 10 percent of the new handset.

The Freedom Phone has been billed as an “uncensorable” device that protects a user’s privacy and political voice from Big Tech.

It was created by the self-proclaimed Bitcoin millionaire Erik Finman.

The 22-year-old founder told the John Solomon Reports podcast that with the Freedom Phone he was “basically creating something that is ‘unbannable,’ that is ‘uncensorable,’ that isn’t reliant on, you know, the Apple or Google app stores or … left-wing infrastructure.”

The phone has its own app store, displaying all the regular apps your find on an iPhone or an Android device, in addition to the ones, such as Parler, that have previously been banned.

“We feature apps that promote free speech and promote patriotism. And you know, we put a huge focus on privacy features, as well,” Finman said.

The Freedom Phone runs on Android but has been completely gutted of Google. Finman claims the device also has extra security features in place to protect user’s data from Big Tech.

“[W]e built it on top of Android, so that way you can have all the apps you have, but we Hillary-Clinton-acid-washed all the Google stuff out and really went top to bottom,” he said.

“It was a dirty job, but we got rid of all that junk out … because we wanted you to be able to still run on traditional apps, like if you have a banking app, or if you have an ADT security or whatever, and all that, plus have the banned ones, as well.”

In a video posted to Twitter announcing the phone, Finman said his decision to enter the cellphone market was to fight back against Big Tech censorship.

“I’ve made it to Silicon Valley and I have already achieved a lot in my life, but now I’m leaving Big Tech to fight for free speech because the big tech overlords are violating your privacy, censoring your speech and I think that’s so wrong,” he said.

“That’s why I created The Freedom Phone and its uncensorable app store.

“Everyone is complaining about Big Tech censorship, but nobody is doing anything about it.”

How can I buy it?

The Freedom Phone is currently on sale on its official website for $499.99.

According to the website, the handsets will be shipped in August and users will be able to start using it by simply inserting their old SIM cards into their new phones.

The device works with Verizon, AT&T, T-Mobile, Sprint and all the other domestic and international carriers.

Customers can use the discount code “CANDACE” for 10 percent off.

It comes less than a week after Trump announced a class-action lawsuit against Facebook, Twitter, and Google, over alleged censorship.

“I stand before you this morning to announce a very important… development for our freedom and freedom of speech,” Trump said in a press conference last week.

“In conjunction with the America First Policy Institute, I’m filing, as the lead class-action representative, a major class-action lawsuit against the big tech giants, including Facebook, Google and Twitter, as well as their CEOs.

“There is no better evidence that big tech is out of control than the fact that they banned the sitting president of the United States earlier this year,” Trump added. “If they can do it to me they can do it to anyone.”