How Digital Currency is Like an Old Sears and Roebuck Catalog 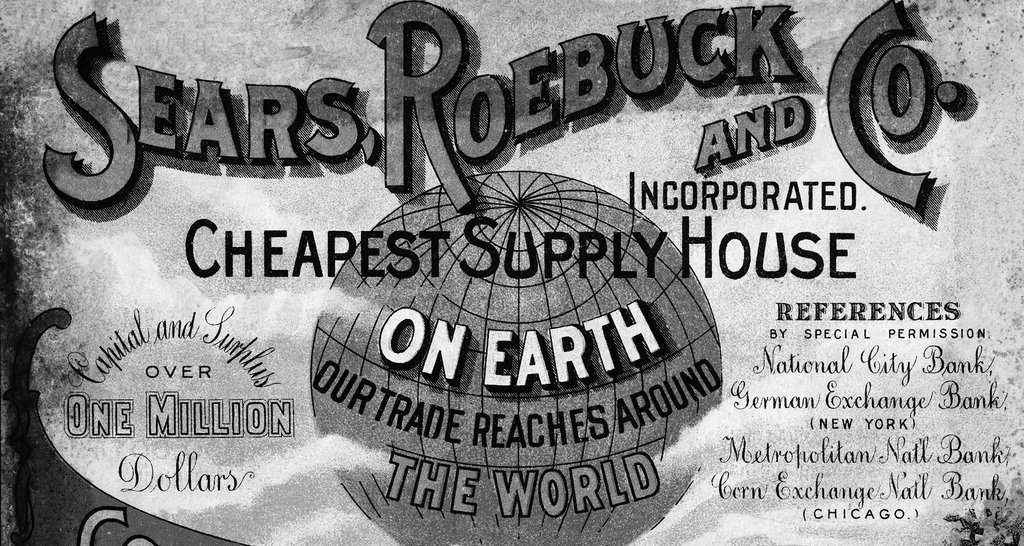 To understand anything new, look back a century. Not that trends recycle, but human behavior is the same, especially when it comes to spending money on something new with outlandish promises of health or wealth. We just like to believe the hype if there’s a chance we’ll be better looking or make a quick buck.

Let’s look at the Amazon.com of 1902: The Sears and Roebuck Catalog. The products and promises are so outrageous we wonder how anyone believed them or ponied up the money to buy trinkets and potions so obviously quacked. My favorite is “Radiation Water,” for whatever ails you. Radiation also came in tablets. There are other gems: Arsenic Wafers to clear up your skin. Turpentine elixir to kill intestinal parasites. Opium for pain (OK, that was effective, just not safe). And, what had to be a best-seller: the Electric Belt for men suffering from infertility. Nothing like a good shock in the nether-parts to wake you up in the morning. Amazing how these products were even allowed on the market, or purveyed by door-to-door salesmen.

Of course, there were legitimate products like wheelbarrows, work shirts, washing machines, even a house sold as a kit and delivered to your lot. Can you see the correlation between this old catalog of everything imaginable and the hundreds of cryptocurrencies for sale on the exchanges today? Check out these “radiation tablets” of the digital world: PutinCoin. Not even sure how real it is, but it is for sale, and there is a rap song about it. Wonder if Vladamir has a stash? There’s Garlicoin, “…hot out of the oven and ready to serve you with its buttery goodness.” Whatever that means. And the oddest of them all: Unobtanium, mined on the fictional moons of Pandora. Well, arsenic wafers sold, why not unobtanium?

But here’s the promise of digital currency, like that kit house in the Sears catalog (which sold for $1,700 by the way) there are useful and innovative digital currencies that are changing industries like shipping, cloud storage, decentralization, and payment protocols. Products of any kind, achieve longevity because of their utility. The design of the wheelbarrow sold a hundred years ago hasn’t changed much today. It still serves a purpose. Consumers will learn quickly that if a digital currency’s only purpose is to make money for the inventor, they just won’t buy it. Sure, the pump and dump schemes work for a time, so beware. But also pay attention to the offerings that make life better for everybody.

Next, to really improve the world, a currency needs widespread adoption, easy global circulation, and provide the most trusted transaction possible, especially when trading with an untrusted entity. That’s where digital currencies built on the blockchain come in. Ideally, the digital currency itself would have built in features that allow for real value to be created and not discriminate who could have access to those features.

In the early 1900s, in the midst of the Jim Crow era, African Americans were routinely discriminated against: forced to pay higher prices for goods, settle for cheaper quality, and had little or no access to credit. African Americans were also subject to mistreatment in stores and humiliated in front of other customers. The Sears Catalog did not discriminate. Anybody who placed an order had goods shipped to their home; black or white, you got the same quality for the same price in the same amount of time.

“What most people don’t know is just how radical the catalog was in the era of Jim Crow,” Louis Hyman, an associate professor of history at Cornell University, wrote in a Twitter thread that was shared over 7,000 times. The catalog “undermined white supremacy in the rural South.” The ideal digital currency should have the same moral fortitude, the mission to provide access to resources without bias. Access is most disparate in the world when we consider health, education, participation in the economy, land ownership, and any other life-opportunity that allows individuals the chance to work their way to a better place.

That’s what CLEAR is: a new digital currency that provides utility and opportunity, to anyone who uses it with features to access data storage in an inexpensive way. And that is just the beginning.

Join us as we move into a more fair and productive world.